A week in the Garrotxa region of Catalonia has proved most productive for this humble seed collector and saver.  It all started with a chance conversation and an introduction to Jesus Vegas, (pronounced Begas), who lives near Montagut close to the border with France.  A passionate protector of both Catalan and Spanish native and heirloom vegetables, I was able to spend several happy hours checking out his library of some 150 varieties and admire his wonderful garden where he grows heirloom and local varieties for food, to sell and to share the seed with a group of about 50 like-minded souls throughout Spain. 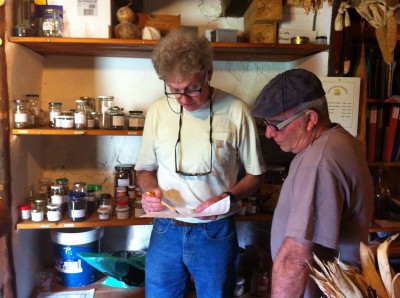 I stayed near the medieval town of Santa Pau, which is now famous for its small white bean which is about to get special denomination status. It has a firm texture and nutty flavour and is usually eaten with the famous local sausage called Butifarra. or as I had it, pearled barley and crispy onion. Needless to say, I have brought some home to grow myself as well as two other beans I found in a little shop in another medieval town in the mountains called Rupit. Mongeta del Ganxet D’en Pere de Slica D’Amunt is a small white flagelot type from the Valies region and from near the town of Olot and very similar to Santa Pau, Mongeta La Val d’en Bas. 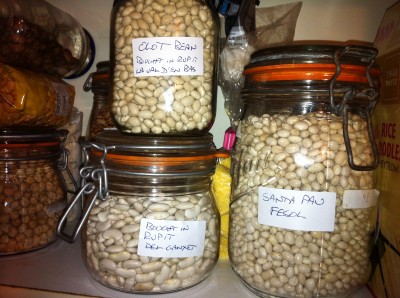 Catalans like to squeeze tomato onto their bread. It is a delicious alternative to butter or oil. They grow a special type of tomato for the purpose which they call Tomate de Penjar which are often sold on strings like onions for storing through the winter, but are grown and eaten from late spring onwards. Jesus had several varieties and gave me two of his favourites, Llagostera, which is the name of the place it comes from and Piel de Melocoton, or Peach Skin. I shall be growing both next year and will hopefully have seed to share. 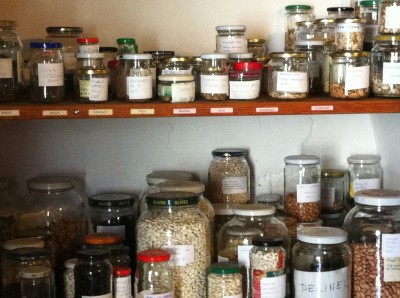 Jesus’ library was a rich trove of goodies. He gave me a purple broad bean called Reina Mauva, (Purple Queen), which is very rare but was widely grown in the region at one time and a purple seeded pea called Negra del Bergada. He has promised me some seed from another pea called Avi Joan, (Abi Juan) which was named after his wife’s grandfather who grew the variety for decades. It is a genuine heirloom with large, sweet peas on plants about 1.5 metres tall. I cannot wait 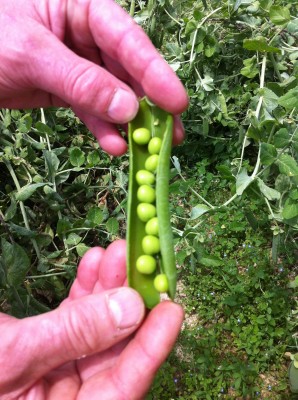