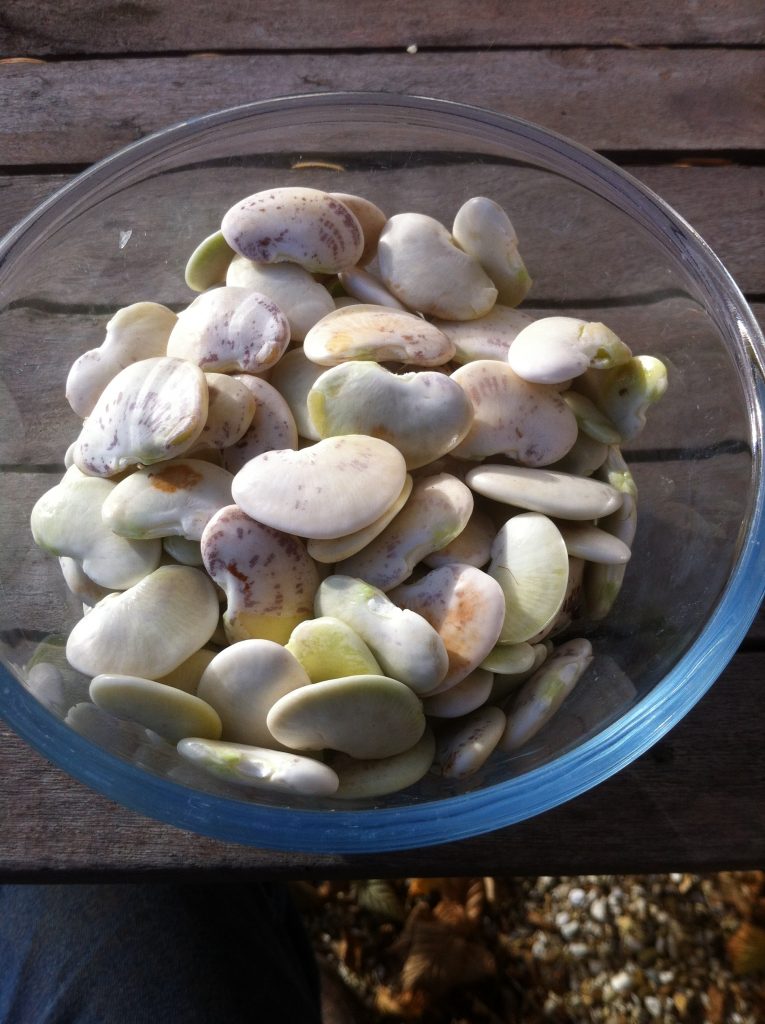 Earlier this year I gave a talk about seed saving in Hereford at a brilliant seed swap.  I had lots of my own seeds to share and the event organiser Suzanne Noble took some Angry beans home to grow herself.  I sowed a few in late May in a large tub and grew them up canes.  I wanted to see if I could harvest anything from such a late sowing.  Normally I would sow this bean in April in pots  in the greenhouse and plant out in a warm, sunny spot in May.  They beans have not ripened,due I am sure to the shortened growing season but I have still got enough for a good meal.  I shelled the green pods and then spent a happy half-hour skinning them.

I will boil them for about fifteen minutes until they are nice and tender and then stir-fry them with some garlic, a little Burmese chilli, a good splash of soy sauce and a sprinkle of fresh parsley – a sort of Anglo-Burmese food fusion!