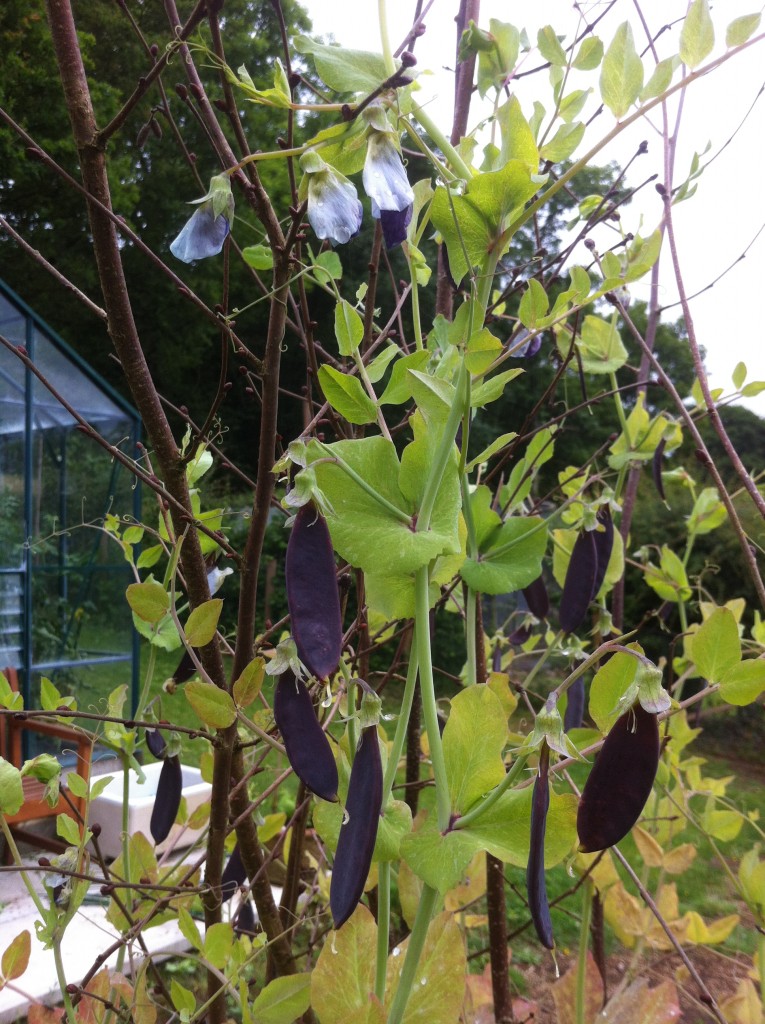 I love my peas and this year I have so many on the go, some new and some to replenish my stocks of seed as well as to eat!  This little darling is Betany Blue, an HSL variety of which i had just eight seeds so a precious cargo. None will be eaten, all will be saved for a proper harvest next year maybe.

My most decorative and also delicious delight so far this summer is Jeaune de Madras, given to me by a fellow vegaholic in Holland.  Peas are native to India so the name is no surprise.  the colour is.  My first yellow mange tout and as yummy as she is lovely to look at.  I shall be saving seed and growing them in the future as a border climber as the lovely bi-colour purple and pink flowers, yellow/green stems and young leaves and verdant habit will make them an essential edible addition to the garden.

Next up is an old favourite which is currently setting pods and will be ready to harvest in a week or so.  Robinson,, a Heritage Seed Library ex-commercial variety is, for me the prince of peas.  Deliciously sweet, great long pods with ten or more peas that are hard to resist once picked.  There are some seedsmen selling Robinson but I have no idea if theirs is the same as the HSL variety which has proven provenance as the original Robinson pea as bred by a certain Mr Robinson. 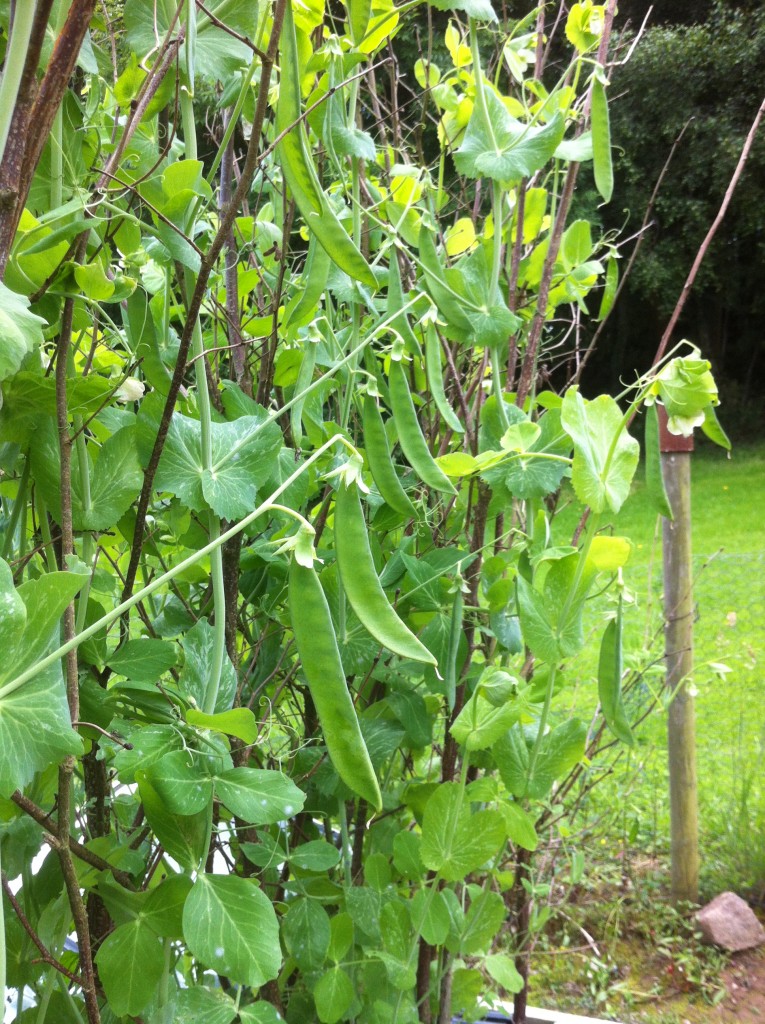 A very rare Catalan heirloom is the drying pea fesol Negre de Belgarda, which was given to me by Jesus Vargas.  I grew it last year but some peas shed their harvest behind my back and I have some more growing in a polytunnel which are most decorative. The flowers are lovely and the peas small.  They turn almost black when dry and were a staple of the region. 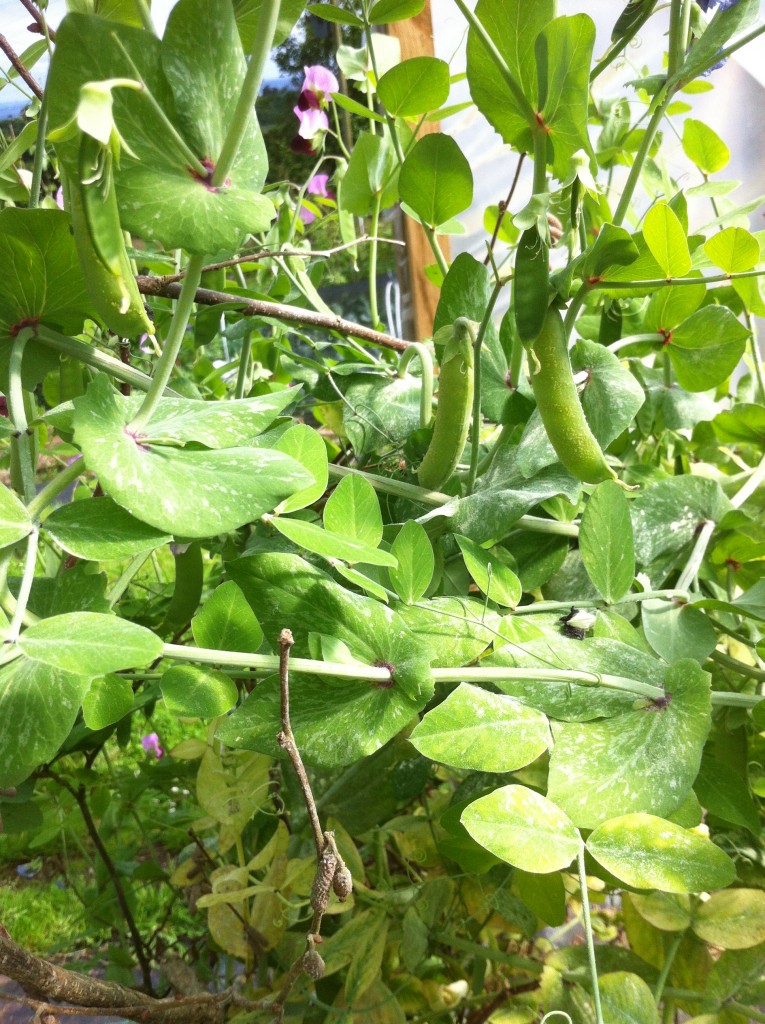 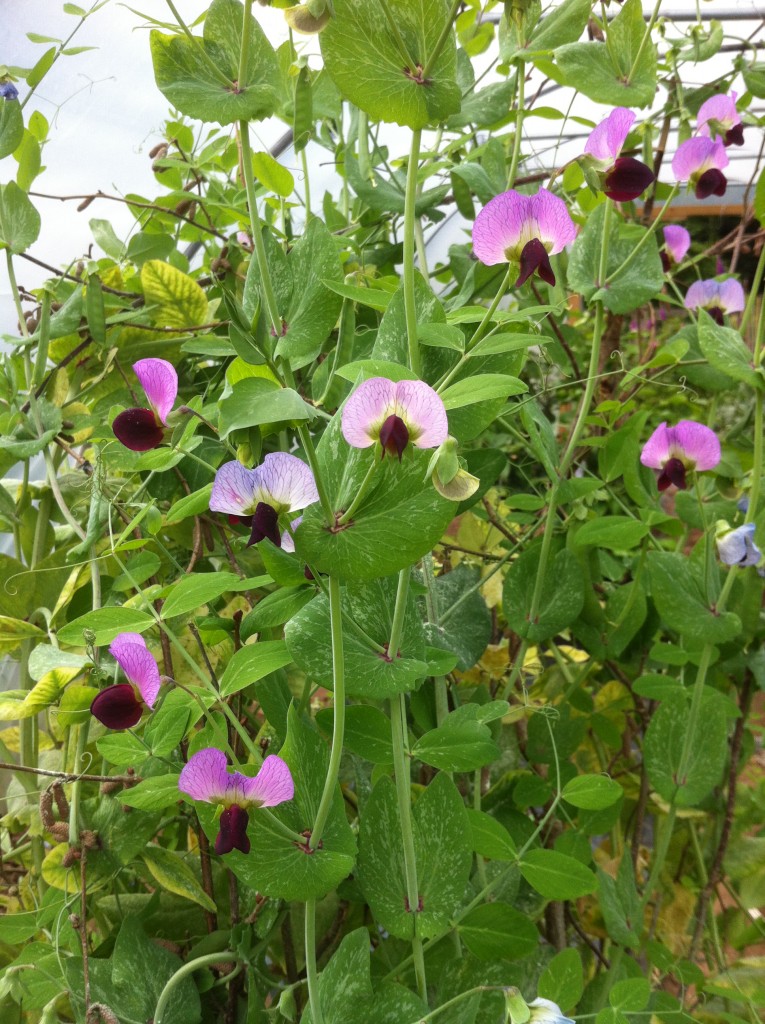 Harvested already have been a French variety, Douce de Provence, which I grew over winter in a polytunnel. A very hardy variety which does especially well under cover. 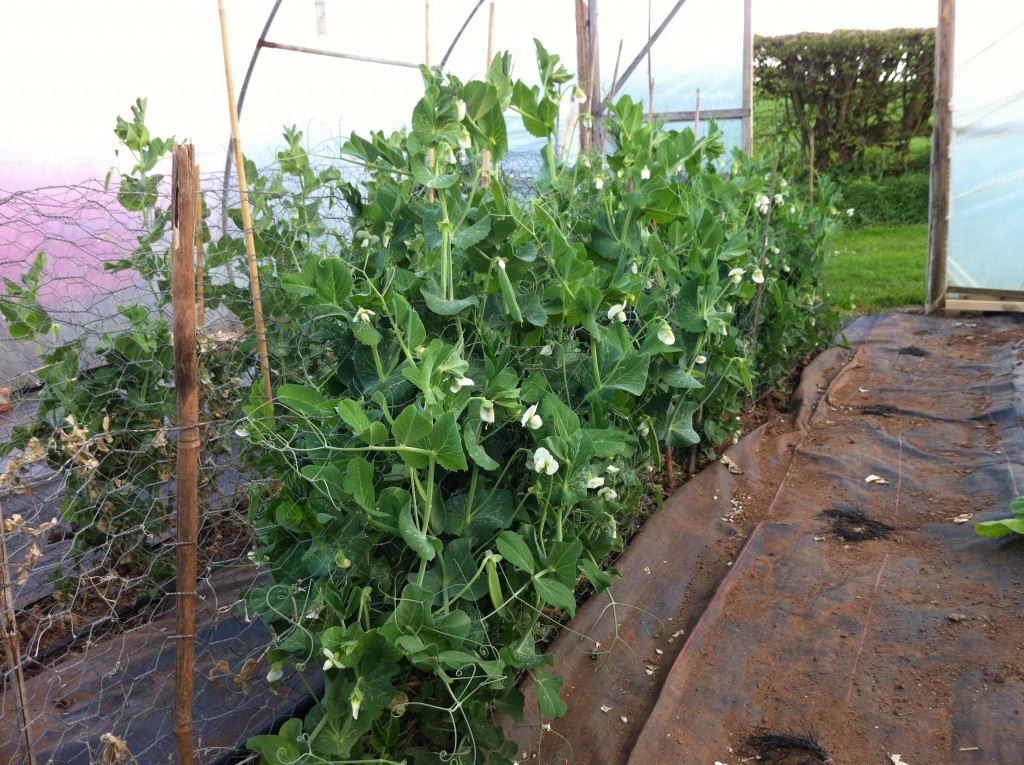 This photo was taken in mid-April as the first flowers were showing themselves and setting had just started.

I have made recent sowings of a number of other varieties, mostly in large tubs and the garden border; Champion of England, regarded by many at the time it was popular a hundred years ago, as being one of the ten best peas in the world. I’ve had a disaster with a variety given to me by an HSL member whose name I have forgotten sadly called Hangman’s Doors. I could only get three peas to germinate so they are precious little seedlings right now. Another very fine French variety that grows to about a meter, Espoir de Gremboux, again an HSL variety along with Suttons Purple Podded I am growing especially for the HSL this year. Last but not least, an Irish heirloom, Daniel O”Rourke. Named after the man who grew them originally and that was in the Vavilov collection in St. Petersburg but was given to me by a fellow member of the HSL in Scotland.

2 thoughts on “A PLETHORA OF PEAS”