Salad crops include aren’t just lettuce and cucumber but for me include rocket, endive, radicchio, celery and celeriac; any vegetable in fact that can be cut or pulled and eaten fresh and raw. usually with the addition of a vinagrette.

Let’s start with Lettuce – and by lettuce I mean not just the summer stuff but wonderful varieties that can be grown throughout the year – endive, radicchio, rocket, Mizuna, fennel and of course radishes!  Start sowing lettuce in trays in a the greenhouse or on a sunny windowsill in late January.  Successional sowing is key – a little and often.

I like to sow a few seed into individual cells and thin them to a single plant.  Once the plants have got at least four true leaves they ar ready for planting out – under a cloche to begin with. 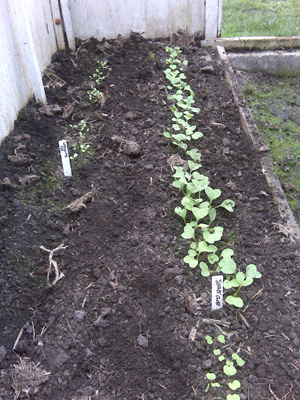 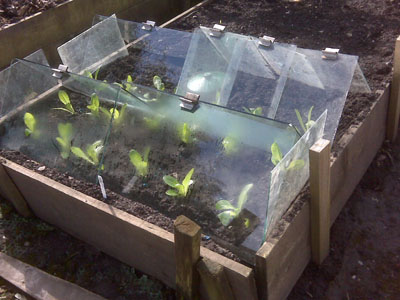 By Mid March lettuce plants are ready to go outside

By the beginning of May my greenhouse seedlings can be transplanted too.  The radish have been eaten already and the rocket can be harvested too. 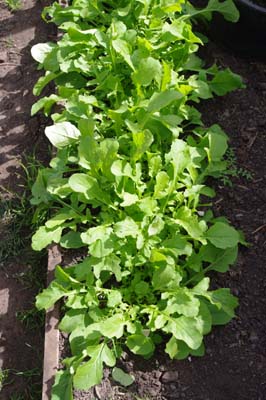 Rocket growing on in the greenhouse in early May

Autumn sown lettuce grown under cloches or best in a greenhouse or polytunnel can be harvested into late spring when the first of the new season crop is ready. 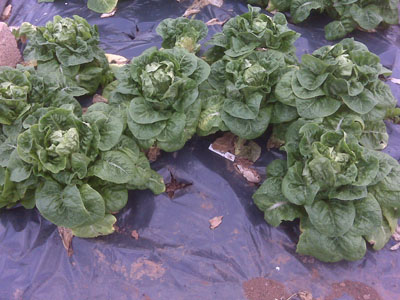 These winter Little Gem cos type lettuce were sown in September and transplanted into the polytunnel in October.  I was able to harvest the crop from Christmas until Easter. 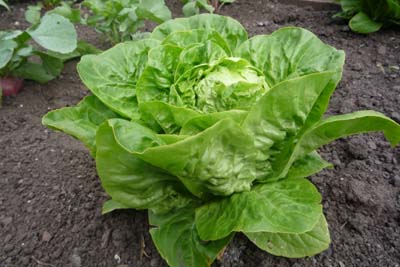 By early June the plot has lettuce in many stages.  Note the transplanted lettuce seedlings under wire netting to keep off the sparrows! 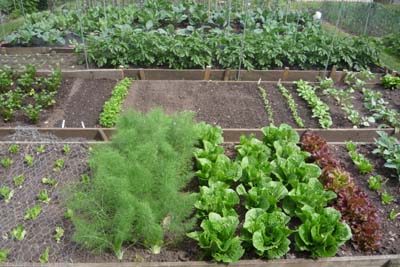 Lobjoits Green Cos and a 'cut and come again' red leafed American variety.

There are two types of lettuce in this picture – Lobjoits Green Cos and a ‘cut and come again’ red leafed American variety.  The fennel growing was started in the greenhouse in March and transplanted out under bottle cloches in early May.